CHECK OUT WHAT OUR CLIENTS ARE SAYING ABOUT US

“I worked with Ryan [PI] during my Master’s project at Western Washington University.  His involvement was integral to the success and completion of my thesis.  Specifically, we worked as a collaborative pair to develop a new tool to be used in ecology and conservation biology.  My limited programming experience made it quite difficult to complete the development of WisePair on my own.  Ryan [PI] was extremely skilled in translating the biological concepts and objectives into a computer program.  In addition, he is critically aware on how to develop programs that are user-friendly, reproduce results consistently, and are efficiently streamlined.  I am confident that Ryan [PI], an interdisciplinary bioinformatician, is extremely capable to address and complete data analysis projects." 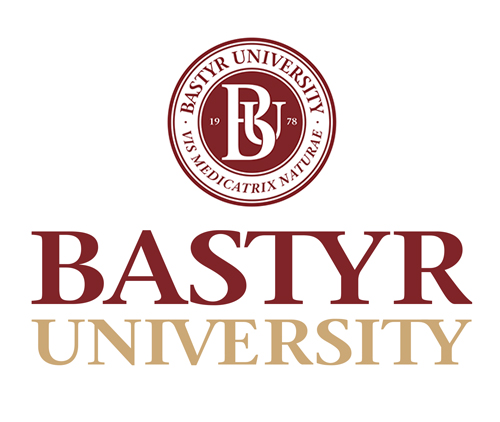 “We were so happy to have Ryan McLaughlin [PI] support our first microbiota research endeavor at Bastyr University. He did all of our bioinformatic analysis with skill and ease. His knowledge and ability to clearly explain the process added so much value to our research. We also were grateful for his flexibility and responsiveness to the short time frame that we provided to complete the project. We are very much looking forward to working with him again." 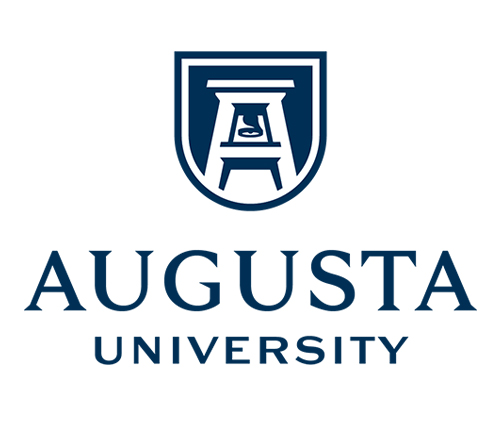 “Ryan [PI] was extremely helpful and diligent in working with us on bioinformatics analysis of 16S metagenomics human and mouse fecal samples for meta-abundance data. We have an extensive detailed bioinformatics analysis using QIIME procedure and inclusive analyses that is time consuming according to University of Pennsylvania Children's Hospital of Philadelphia Microbiome Core protocol for additional downstream analyses. Ryan [PI] was easy to collaborate with meeting the UPenn requirements."

"We have been working with Practical Informatics since we started offering sequencing services. Ryan helped in the development of the methods we currently use and continues to be a great resource as we move forward with services we are able to offer. His unique familiarity with both bioinformatics and the wet lab side of projects makes for a great partnership as he can help direct the lab side with the knowledge of the data output.  He is diligent, quick, and is always enthusiastic about the projects we are doing. I would recommend him for any type of project, large or small, as he will make it a top priority with a high quality end result."

“Ryan [PI] has been a terrific collaborator on our transcriptomics project: knowledgeable, efficient, creative, and a great problem solver. He speedily conducted the bioinformatics analysis on the RNA Seq data and made suggestions for refinements in the approach going forward. Ryan’s [PI] help with statistical analysis and graphics continues to be valuable as we prepare for publication."

“I have had the pleasure of working with Ryan McLaughlin of Practical Informatics for over 2 years on our Organic versus Conventional Farmer Gut and Soil Microbiome Project funded by Bastyr University. Our goal was to generate large amounts of 16S rRNA sequence from soil and stool samples and make comparisons between organic versus conventional farms and farmers. Ryan provided critical computational, analytical and statistical skills not available at our University, including data cleaning, quality control, annotation, construction of model genomes, and differential comparison of both soil and gut microbiome samples. Ryan created new software to perform these analyses and also provided critical graphical interfaces for us to display the data for posters and publication purposes. Ryan was thoughtful, patient, superb at explaining difficult concepts to our student biologists and practitioners, and his work is of the highest quality and is absolutely rigorous from the scientific perspective. We will continue to work with Ryan McLaughlin and Practical Informatics in the future and recommend him with the utmost enthusiasm. Whatever your computational goal is, Ryan can provide it—he is just that good."

“We have had worked with Ryan McLaughlin of Practical Informatics for over 2 years. Our goal is to offer a Whole Genomic Sequencing service that can provide accurate and reliable data. Ryan is a great partner in this service.  His computational, analytical and statistical skills allow us to offer a service that is cutting edge and customer driven. Ryan's ability to adapt to our needs is greatly appreciated. We will continue to work with Ryan McLaughlin and Practical Informatics. His work is of the highest quality making him an outstanding partner."

READ ABOUT SOME OF OUR PAST PROJECTS BELOW

Created a relational database and support structure to house and distribute data from the University of Washington's Pelagic Ecosystem Function Apprenticeship program. This included data mining and consolidation of 10 years of data into a MySQL and Microsoft Access database for use by students, researchers, and public organizations. The dataset included physical oceanographic, nutrients, phytoplankton, zooplankton, fish, marine bird, and marine mammal data as well as various metadata.

Working with a 30 year subtidal ecology data-set collected by Dr. Ken Sebens, University of Washington WA.  The data was mined, validated, and reformatted to be input into a relational database.  A user interface was created for use by researchers and students. The dataset included substrate features, benthic and mobile invertebrates, fish, and various metadata. The collection of all these data allowed for numerous research projects and publications.

The goal of this project is to leverage cutting-edge NGS technology to profile the protein-coding genes expressed in the pistils of a model plant (Petunia axillaris) and to understand how gene expression is altered in response to a plant hormone (ethylene). The research is hypothesis-driven, but the power of NGS offers an even broader scope of discovery.

The arrival of pollen triggers ethylene production by the pistil (the female reproductive structure in a flower), and this pollination-induced ethylene spurs the early phase of pollen tube growth in the pistil. On the basis of histochemical studies and enzyme assays, we propose that pollination-induced ethylene triggers changes in the pectin chemistry of the pistil, which enhances pollen tube growth both by releasing fuel molecules (sugars) as well altering the physicochemical properties of the extracellular matrix such that resistance to rapid pollen tube extension is minimized. This model predicts a significant change in the expression pattern of genes encoding pectin remodeling enzymes such as pectin methylesterase, pectin acetylesterase, polygalacturonase, and the inhibitors of these enzymes such as the pectin methylesterase inhibitor (PMI). We also predict changes in ethylene biosynthesis genes such as ACC synthase and ACC oxidase, and a variety of ethylene-response genes, including genes involved in the biosynthesis of and response to related plant hormones.

The western pond turtle (Actinemys marmorata, WPT) is locally endangered in Washington, and is currently under review for federal listing.  In addition to population declines due to habitat loss and other anthropogenic factors, in recent years an undefined shell disease (USD) has been identified in the species, with some populations having a prevalence of up to 49%. The primary objective of this study is to determine if an altered microbial community structure is correlated with USD in western pond turtles in Washington.  Further, meta-genetic data should indicate if a primary pathogen (fungal or bacterial) is consistently present in turtles with shell disease but not those that are considered healthy.

The primary objective of this study was to characterize the microbiome throughout an fish aquaculture recirculation system and identify areas that might concentrate pathogenic bacteria. Single gene survey (16S rRNA) data was used to identify and classify the bacterial community of each component of the system. Resulting community profiles were compared between the subsystems to identify shared and unique microbial signatures. Differentially abundance bacteria groups and phylogenetic diversity was reported and used to describe the microbiome of these artificial environments.

Individual-based datasets tracking organisms over space and time are fundamental to answering broad questions in ecology and evolution. A ‘permanent’ genetic tag circumvents a need to invasively mark or tag animals, especially if there are little phenotypic differences among individuals. However, genetic tracking of individuals does not come without its limits; correctly matching genotypes and error rates associated with laboratory work can make it difficult to parse out matched individuals. In addition, defining a sampling design that effectively matches individuals in the wild can be a challenge for researchers. Here, we combine the two objectives of defining sampling design and reducing genotyping error through an efficient Python-based computer-modelling program, wisepair. We describe the methods used to develop the computer program and assess its effectiveness through three empirical data sets, with and without reference genotypes. Our results show that wisepair outperformed similar genotype matching programs using previously published from reference genotype data of diurnal poison frogs (Allobates femoralis) and without-reference (faecal) genotype sample data sets of harbour seals (Phoca vitulina) and Eurasian otters (Lutra lutra). In addition, due to limited sampling effort in the harbour seal data, we present optimal sampling designs for future projects. wisepair allows for minimal sacrifice in the available methods as it incorporates sample rerun error data, allelic pairwise comparisons and probabilistic simulations to determine matching thresholds. Our program is the lone tool available to researchers to define parameters a priori for genetic tracking studies.

Microbial eukaryote communities in estuarine systems are dynamic and variable. A multi-year record of community structure of these communities generated via meta-amplicon sequencing of ribosomal genes over the summer months in Bellingham Bay, a shallow semi-urban embayment, revealed a number of clear patterns. Taxonomic-based abundance analysis and eco-phylogenetic analyses of community structure show chlorophyll max and deep water communities are distinct, even in a shallow water system, and the composition of microeukaryotes in both depths can be described in two distinct classes – the abundant (and large) taxa that were relatively stable over time and the rare (and small) taxa were more dynamic. Phylogenetic diversity of both abundant and rare communities show that microeukaryotes in both chlorophyll max and deep communities display cyclical patterns of diversity on weekly time scales that are inversely related for dominant and rare taxa, suggesting these communities bloom opposite each other. However, amplicon data also suggests that there are microblooms of the rare and small taxa that appear when the dominant taxa are diverse, leaving a bloom signature of low diversity while remaining a minor percentage of the total amplicon data. Both large and small taxa exhibit gradational changes in abundance on a daily timescale, indicating high-resolution sampling is needed to observe transitions in community structure. Although we can describe diversity and dynamics of microeukaryotes on multiple timescales using amplicon data, more work is needed using quantitative taxon-specific methods to link sequence data to abundance and ultimately predict the dynamics of biomass in these systems.

The Microbiota of Organic Farmers

This project was an investigation and exploration into fecal microbiome shifts in lean versus obese human and mouse test subjects. Single gene survey (16S rRNA) data for 114 humans and 16 mice were preprocessed, quality filtered, and run through De Novo OTU clustering. Weighted and unweighted unifrac distance was calculated to compare the beta diversity between all subjects. This project is currently on-going.

HAVE QUESTIONS OR READY TO GET STARTED?